IDRISSA - Chronicle of an ordinary death 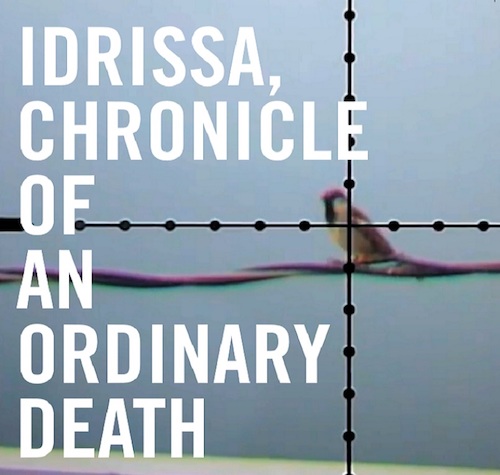 Having dismissed the case of Idrissa Diallo, the Spanish justice system denies any possibility of investigating why this 21- year-old Guinean man died in the migrant detention center of Barcelona, blocking all access to his police file. We don’t have a single photo of him. We don't know where his body was buried.

Has anybody been in touch with his family? His identity erased, yet another victim of police impunity in Spain, Idrissa’s return journey will be an angry, collective cry, articulated by the voices silenced by an ongoing colonial system, and aimed at a Europe that finds itself in its worst wave of racism for 60 years.

Idrissa Diallo died under unclear circumstances in the migrant detention center of Barcelona in 2012. He was 21 years old and all the people who knew him agree that he was a strong healthy young man. He isn’t the first nor the last victim of alleged police violence in such prisons. Our starting point is the fact that through the dismissal of the case, we don't have access to any information about his death, his life or his family. We don't even have a picture of Idrissa. We will thus have to investigate independently in order to know who this young Guinean man was. One of the goals of this quest is to put a face to the tragedy, so that it doesn't remain another anonymous case of impunity.

Guided by Idrissa’s fictionalized voice-over, his story will be reconstructed in reverse order, starting with his death in Barcelona and travelling back in time to his birthplace in Guinea. We will see how Idrissa could have survived in Spain and jumped the barbed wire fences in Melilla. We will share his possible experiences of crossing the Sahara to show how his family and his whole village finally saved up money for him to be able to make his journey, full of encouragement and hope. To understand his world and ours, we will collect real chronicles from documents made by Human Rights organizations and meet people that have gone through similar experiences. Real facts from Idrissa’s life will be combined with the collective story of thousands of anonymous black people in Europe, whose voices have been silenced throughout history.

Although this is a road movie towards Africa, it is also a historical thriller in which we intend to portray the white citizens of the so-called First World, to discover that we can't understand Europe without its colonial past. The rise of nationalism, radical right wing movements and xenophobic politics have a lot to do with how we manage the fear of being invaded; a fear towards others and the unknown. In other words, a consequence of an ongoing colonial system dressed up as modern capitalism that produces a countless number of racialized poor people.