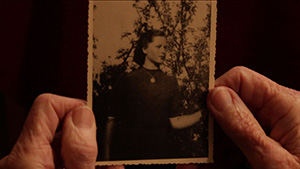 More than 70 years after the end of WW2, Hilde and her surviving sister speak about their experiences of sexual and physical violence perpetrated against them and their sisters by soldiers during the war. This film speaks about and to the violence and trauma perpetrated against women and girls in war and crisis zones around the world, both past and present, and its impact on women’s lives.

Katja Berls is a Berlin based director. She also runs workshops in the fields of art and the media. Among others she has realized TV reports for the magazine “Kurzschluss”, on French-german TV Station Arte. Her current documentary “Außen Frieden, Innen Krieg” (“Outside:Peace, Inside:War”) tells a special family story.