Journery Of A Red Fridge 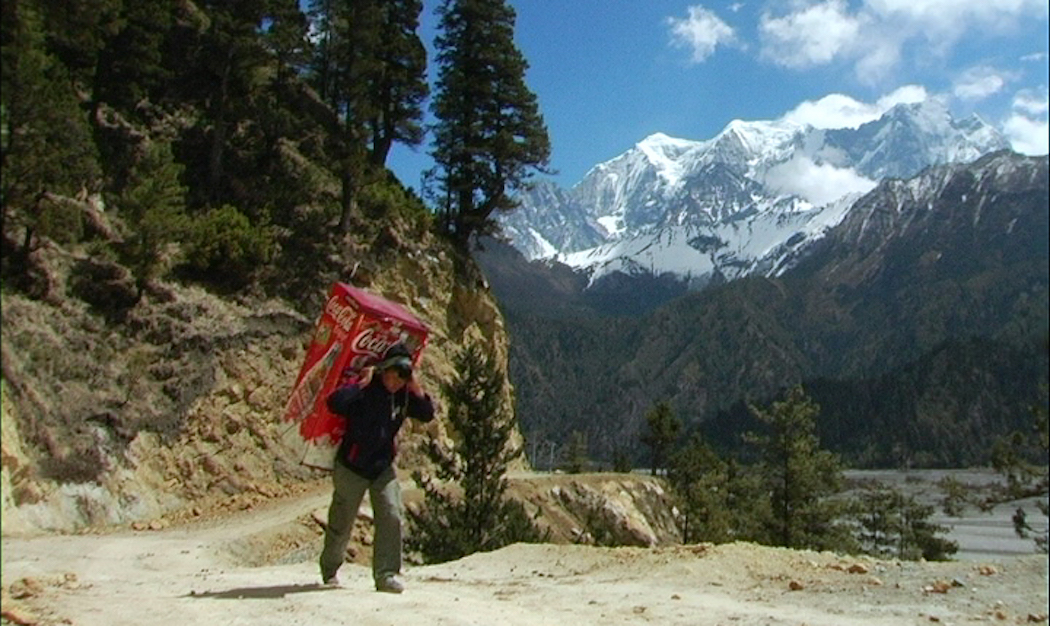 This is the story of a 17-year-old boy named Hari Rai, who lives in a small village in the Himalayan Mountains of Nepal, and his extraordinary journey.

Hari Rai is a student at Management University in Pokhara but he also works as a porter so he can pay his University fees and cover his living expenses. Although very young, he already has a 3 year experience carrying loads up and down the mountain, mostly for tourists.

This time, he gets the job of carrying huge red Coca-Cola refrigerator to the nearest town.

Over this 4-day journey we discover Hari’s inner life, his thoughts, hopes and dreams but also we get to know the culture and way of life of local inhabitants in this region. We learn about their relation to some of the most important aspects of their life: nature, religion, family. We will also get to learn something about ourselves - western tourists, seen through the eyes of simple but very wise young boy.

The changing landscape of the journey takes us from the personal to the general, from empty arid mountains to the crowds and bustle of urban life.

by Natasa and Lucian Muntean