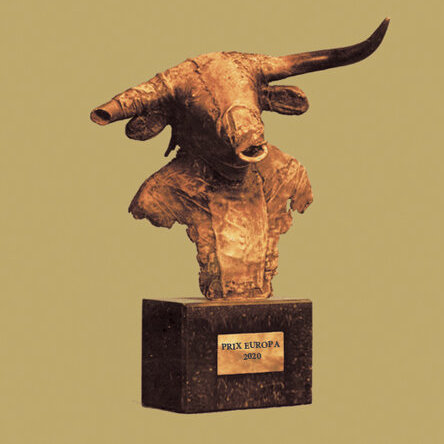 The film "One More Jump" - directed by Emanuele Gerosa and filmed by Matteo Delbò (both from ESoDoc 2016) - wins the Best European TV Documentary Award at Prix Europa 2020.

The film tells the story of Abdallah and Jehad, two friends born in the Gaza Strip, who know little about freedom but they believe in the sport they practice: parkour. Abdallah, founder and leader of the Gaza Parkour Team, decided to leave Gaza and move to Italy to become a professional athlete, but now he can barely survive. Jehad still lives segregated in the Strip, training the youngsters and looking after his sick father, but he doesn’t stop dreaming of leaving that tormented land.

"This film develops a storytelling momentum that illuminates and transcends its particular circumstances. The confines of the young man in Gaza compared with the challenges of his peer as an emigrant in Italy are inter-cut to great effect. This film counterpoints experiences of leaving and belonging, duty and independence, yearning and disappointment. The camera work and sound design are deployed equally well for the exciting dynamic of Parkour, anxieties amid a conflict and the stillness of contemplation. It is compelling."

"I‘m still jumping! So much rage and energy in that film."

"You deeply dive into this film. The shooting is magistral."