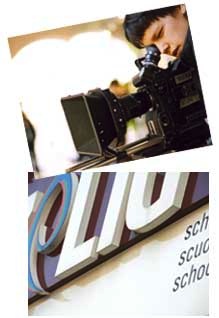 ZeLIG School for Documentary, Television and New Media founded in 1988, is a non-profit educational centre specialized in training in the documentary field.

ZeLIG runs a three-years professional training course in documentary filmmaking, where courses are held in three languages: Italian, German and English. ZeLIG considers multi-language skills a key to taking advantage of opportunities on a European scale. ZeLIG is a meeting point for students and teachers from through- out Europe, bringing together a world of diverse outlooks and work methods. An important part of ZeLIG's mission is its creative focus on this multi-lingual, multi-cultural tradition.

Within this vision ZeLIG developed ESoDoc – European Social Documentary and various other training initiatives related to social themes, like LINCT in 2009, ESoDoc India in 2010 and ESoDoc International in 2011/2012.

ZeLIG is also a production company for documentary film and crossmedia projects, but working only with professionals who have been trained by ZeLIG. A long list of important festival participations and awards throughout the world is part of its curriculum. Several of its documentaries are distributed and shown on a worldwide scale.

As a member of a series of audiovisual-sector associations, ZeLIG promotes activities in collaboration with the European and the International Associations of Cinema and Television Schools (GEECT and CILECT), German and Italian documentary associations (a.g.dok and Doc/it), and the European Documentary Network (EDN).