"I’ll Stand By You" boarded for sales by CAT&Docs

The film is directed by ESoDoc Participant Virginija Vareikyte and Maximilien Dejoie. The pair previously collaborated on 2015 docu-drama "When We Talk About KGB", which screened at multiple festivals and was nominated for a Lithuanian Film Award.

Their new film is a co-production between Lithuania’s IN SCRIPT and Italy’s M&N. It centres on two women, a psychologist and a police officer, who travel through the rural areas of their home town in Lithuania to reach lonely elderly people in order to prevent an epidemic of suicides.

The project was developed as part of the ESoDoc - European Social Documentary training initiative, and was presented at such film markets as the Baltic Sea Documentary Forum and the DOK Leipzig Co-Pro Market during 2017.

Subsequently, the film received the newly-created €3,000 Baltic Award at the eighth edition of the When East Meets West co-production forum in Trieste in January 2018.

I’ll Stand By You is now in full production and is scheduled for delivery in 2020.

Cat&Docs will handle sales outside of Lithuania and Italy, where the producers have retained rights. 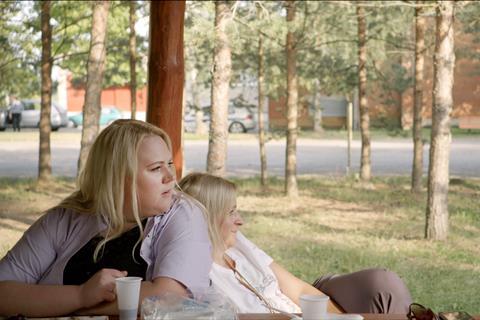