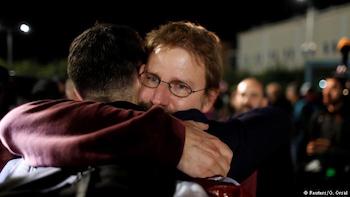 We are extremely happy to report that Peter Steudtner has been finally released after months of detention in Turkey!

Peter was jailed on July 5, together with other 9 activits while attending a human rights workshop on the island of Buyukada, near Istanbul.

Taner Kilic - director of Amnesty International Turkey - is still detained, as thousands of other people since the failed coup attempt against Turkish President Recep Tayyip Erdogan in July 2016.