3 films developed at ESoDoc have been selected for IDFA 2016: “Nowhere to Hide” by Zaradasht Ahmed (IDFA Competition for Feature-Length Documentary), “La Chana” by Lucija Stojevic and “The Pearl of Africa” by Jonny von Wallström (both in the Panorama section).

MEET US AT IDFA 2016: Sabine Bubeck-Paaz (Head of Studies) and Thomas Righetti (Project Coordinator) will also be present at the festival from Saturday 19th till Tuesday 22nd. If you want to book a meeting during the festival, please contact us via email.

Here are more information about the films: 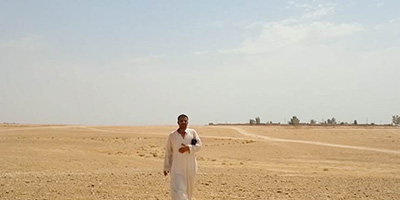 "Nowhere to Hide" by Zaradasht Ahmed

After the Americans left Iraq in 2011, a male nurse named Nori Sharif was asked to report on the state of his country, providing unique access into one of the world’s most dangerous and inaccessible areas – the “triangle of death” in central Iraq. Working in the local hospital in Jalawla, he filmed the victims of war over the course of five years. The shocking images show families torn apart, maimed and damaged by the violence in Iraq. And every day more arrive, as the conflicts continue and life is disrupted by attacks over and over again. Often it isn’t even clear who the adversaries are. But the threat level increases, and when the Iraqi army pulls out in 2013 because of militant groups, the population flees – accompanied by the majority of the hospital staff. Sharif is one of the few who remain. When IS advances on Jalawla in 2014 and finally takes over the city, Sharif continues to film. Then he too has to flee at a moment’s notice, to bring himself and his family to safety.

Watch the trailer directly on Vimeo.

This film is running in IDFA Competition for Feature-Length Documentary. 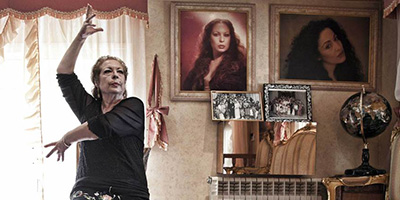 In the 1960s and 1970s, Antonia Santiago Amador, alias “La Chana,” was a hugely popular flamenco dancer – until she suddenly vanished from the public eye, at the height of her career. After she played a role in the Peter Sellers film The Bobo (1967) the star invited her to Hollywood, but it wasn’t to be. In her baroque boudoir in Barcelona, the frail and elderly dancer now reveals the reason her career came to such an abrupt end. Meanwhile, she prepares to give a performance together with friends and family – these days she has to dance sitting down, but her footwork is still impressive. The camera follows her as she makes paella with her daughter or teaches young dancers, demonstrating the complexity of the fiery flamenco footwork. Supported by abundant footage of spectacular dance and outstanding flamenco music, this intimate portrait is an ode to the elderly gypsy artist, for whom swirling skirts might be a thing of the past, but whose passion burns as strongly as ever.

Watch the trailer directly on Vimeo.

This film has been selected for IDFA Panorama and nominated for IDFA Alliance of Women Film Journalists' EDA Award for Best Female-Directed Documentary. 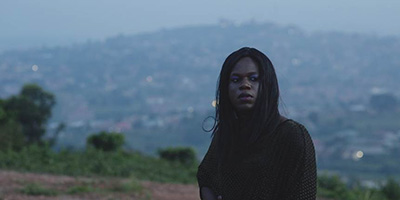 "The Pearl of Africa" by Jonny von Wallström

Anti-gay legislation was passed in Uganda in 2014, and LGBTQ people now face life imprisonment or even execution. In mass demonstrations, citizens made their opposition to sexual and gender diversity known. Winston Churchill referred to Uganda as “the pearl of Africa” because of its stunning diversity, but it’s a very dangerous place for Cleopatra Kambugu, who was born a man but is on her way to becoming a woman. With support from some of her family and her boyfriend Nelson, she undertakes the physically and emotionally drastic transformation to a different body. Filmmaker Jonny von Wallström follows the cheerful, courageous Cleo and her dedicated partner on their journey, revealing both the couple’s exceptional relationship and their inner struggles. This is intercut with several troubling news segments concerning the introduction of the anti-gay legislation, as well as menacing animations and fiction film-style segments with romantic music that underline the beauty of our protagonists' love.

Watch the teaser directly on Vimeo. Find out more about the film and the whole project on pearlofafrica.tv.

This film has been selected for IDFA Panorama.