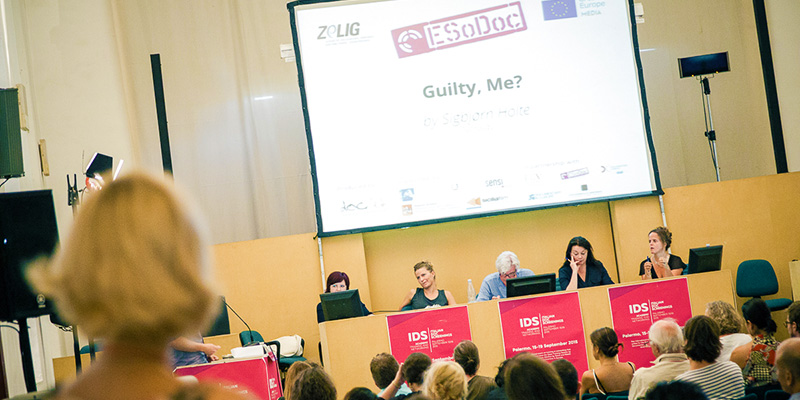 There's time till September 2 to register for the event, which will feature ESoDoc's final pitching, the Match Making by Documentary in Europe and a series of keynotes focused on the theme of "EXPANDED DOCUMENTARY".

Film-makers, producers, experts and documentary lovers from across the world can register for IDS Academy 2016 till September 2! More information are available on http://www.italiandocscreenings.it/en/

During the event, the projects developed during the 3 sessions of ESoDoc 2016 by film-makers from all over Europe will be presented in front of a panel of international experts, moderated by Stefano Tealdi (Stefilm, Italy).

Participants and projects at ESoDoc 2016:

- “The Jungle”, by Audun Amundsen | Norway

- “Love is not an Orange”, by Otilia Babara | Romania

- “The Frontline of Peace”, by Matteo Delbò | Italy

- “When we used to smile”, by Nikolina Hrga | Croatia

- “No Reputation”, by Zipporah Nyaruri | Kenya

- “Quite Achivers”, by Mate Vincze | Hungary

- “Robotics for all”, by Angelo Tsaousis | Greece

- “News from the dark side”, by Ruggero di Maggio | Italy