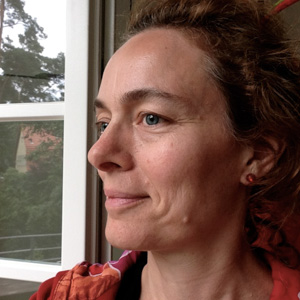 Sarah Gross studied filmmaking at Harvard University, where she began exploring the portrait documentary. In the industry, she is an experienced 1st A.D., working on major European productions such as award-winning Good Bye Lenin.  Her short films have won awards, and she has received European MEDIA funding to develop her screenwriting.  She has three children and is based in Berlin, Germany. BROWN BREAD is her first feature-length film.