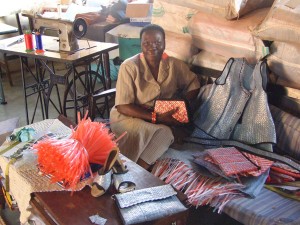 "Barefoot in Business" is a character driven observational documentary for international broadcast and distribution that will follow the fortunes of three Ugandan business women trading at three different levels of the national economy as they defy the statistics, stereotypes and credit restrictions and go head to head for the 2012 Female Entrepreneur of the Year Award. Ultimately, this is a film that will reveal what it is really like to be a woman in business in 21st Century Uganda and, what it takes to be the best? Is it a matter of making millions and building a business empire or simply making ends meet and making a difference in the face of incredible adversity?