The Queen of Silence 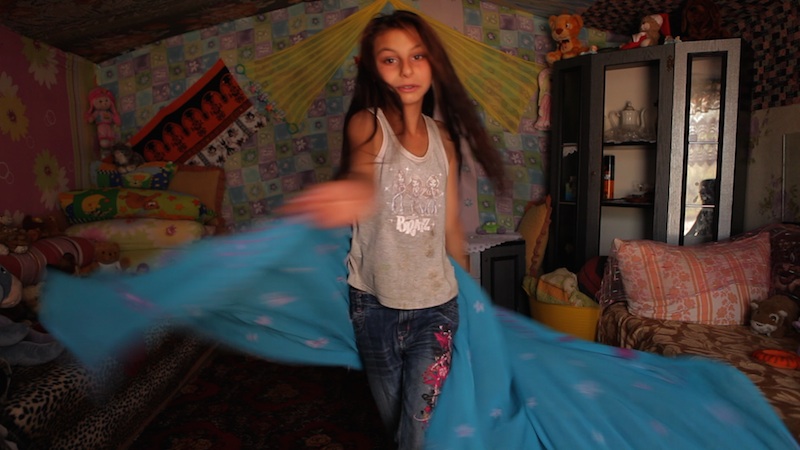 Ten-year-old Denisa is in many respects an outsider: she and her family, who are Roma people, have settled close to a neighborhood in a Polish city where they are not welcome. She is also a girl in a community where men rule the roost, and she is deaf, which is the reason why she never learned to talk. The cause of her condition is unknown, as she has never undergone a medical exam. In spite of it all, this little outcast is an outgoing, playful and sociable girl who loves to dance: this is the one way that she can express the emotions she can’t express in words. She likes  dancing like the glamorous actresses in the Bollywood DVDs she found in a garbage can. While her community visibly struggles with poverty, exclusion and racism, Denisa dances among scavenging chickens, dogs and children in the improvised camp, and also during heartwarming intermezzos in which Denisa for once is the focus of attention. Then one day she gets a hearing aid, and hears for the very first time. Filmmaker Agnieszka Zwiefka follows Denisa and her family through several seasons, and it becomes clear that even the children understand grown-up problems here. They know exactly how hostile people within the European Union are towards those who have no ID, no education, no work and no permanent residence.