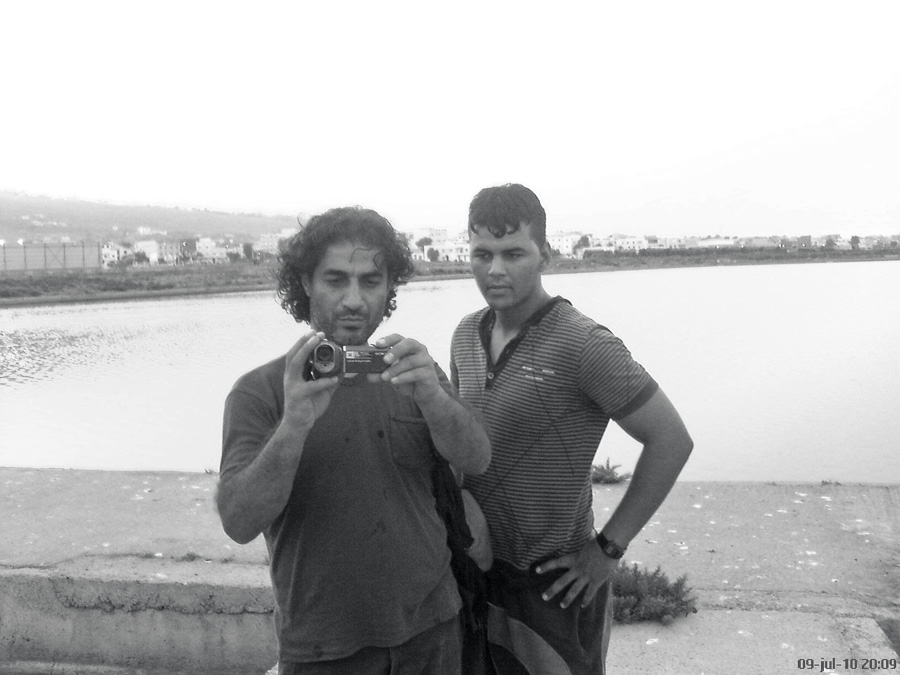 Fata Morgana is a film about friendship, dreams and survival, with barriers around Europe as a backdrop. Filmmaker Zaradasht Ahmed came to Norway as a refugee in 1995. On a trip to Morocco in 2007, he meets on the docks in Tanger Harragane, young men, stowaways who have developed extreme methods to achieve the dream, Spain’s coast. Through Fata Morgana we meet these fortune hunters and get close to their lives. Zaradasht are fascinated by them and venturing into their world and takes us into a landscape only Harragaen, the one that has burned all bridges know.

“What is the point of dreaming? They let you down anyway. If you can not reach them, disappointment follows . ”

When you achieve your dream life becomes meaningless afterwards, unless you have a new dream to chase. The meaning lies in the pursuit of the dream.  When you come to Tanger it’s like to get to any tourist harbor. Boat crew in white uniforms smiles and wish you a good holiday and you being received by service-minded people who help you to get ashore. The back of the medal you do not see immediately, but with a little attention you will quickly see a different reality unfolding right under you on the white side of the ship. There is the Harraganes world. They are hated by the locals and the police have them under observation to the extent they can. Although they believe that they are just chasing the dream of a decent life.