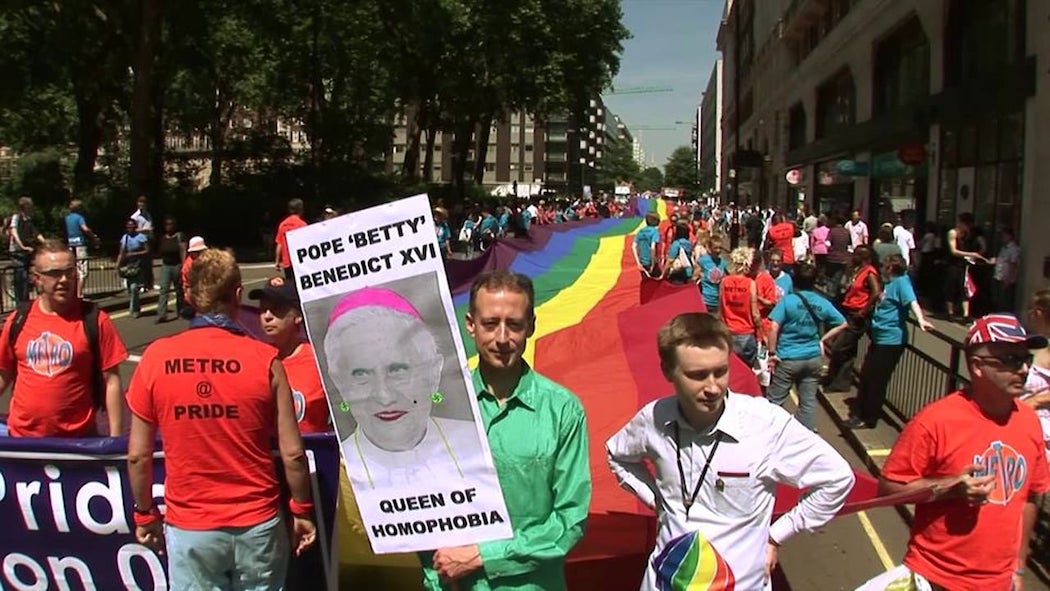 In the summer of 2005, two guys came up with the idea to organise an unprecedented event - a festive lesbian, gay, bisexual and transgender people’s parade through the streets of Riga, the capital of Latvia. Following the example of similar LGBT parades in Western cities, they decided to call it ‘Pride’. Little did they know that their good intent would spiral into a chain of inconceivable events lasting several years: the great emotion stirred up would dramatically divide Latvian society; the persons involved would be showered, in turn, with human excrement and holy water, families would be torn apart, jobs lost, and a pastor expelled from the church for free thinking. They could not have imagined that crowds of Western ‘reinforcements’ would flock to support both sides or that Jesus, the Devil, patriotism and human rights would all be used in the rhetoric surrounding the topic, and that the media would eagerly report it all. In the end, could it be that the victims of this hostility were all those involved, because for someone, somewhere it was beneficial to set us against one another?

Kaspars Goba worked on this film for five years. The extensive footage collected over the years enables the spectator to get an extraordinarily deep insight into the opinions and life stories of the individuals on both the Pride and NoPride fronts. The astonishing unearthing of Pride in Riga as shown in Kaspars Goba’s work, from its inception in 2005 through to the announcement that Pride would not be held in Riga in 2010, enables the viewer to consider these events from a different perspective. One can contemplate the role politicians play in manipulating people’s ideals, and also ask: what is the price of democracy in Latvia?