ESoDoc 2019 - Many public events at the third session in Vilnius! 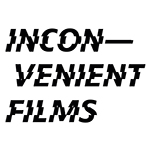 The third and final session of ESoDoc 2019 will take place from October 11 till 17 in Vilnius, in partnership with the Inconvenient Films Human Rights Festival. Inconvenient Films is an international competitive human rights documentary film festival, taking place in various cities and towns across Lithuania. Established in 2007 as an annual film event, it is currently the biggest documentary film festival in the country and the only film festival of this kind in the Baltic States region.

During the week, ESoDoc will offer many events open to the public.

Pitch it! The art of communicating successfully your film project

Sibylle Kurz is a merchant, a psychologist and trained in media- and communication science – what an inspiring combination of skills.  Her credo is: Pitching is a pleasure!

Creative people are doing it almost every day in order to convince other people about their idea. But if it comes to public pitching, pitching becomes a stressful event.  There is one way to overcome this nervous feeling: Replace it by the real pleasure of feeling well prepared for sharing your story with the others. Sibylle will introduce you to her idea of combining the five key elements Status, Motivation, Intention, Theme and Visual Approach in a personal and strong presentation.

"Mr. Gay Syria" follows two gay Syrian refugees who are participating in a beauty contest in order to become visible and to escape their trapped existences. Hussein is a barber in Istanbul living a double life between his conservative family and his gay identity. Mahmoud is the founder of Syria’s LGBTI movement and is a refugee in Berlin. Ayse who developed the project at ESoDoc in 2015, premiered with “Mr. Gay Syria” at Sheffield Doc Fest in 2017.

Filmmaker Ayse Toprak, producer Ekin Kalisir and impact producer Danielle Turkov will give us a deep insight into their practical experiences and ideas about how to increase the impact that a film can get – even before it is out to the audience.

Mr Gay Syria: the story of an "impact" film

Ayse Toprak must have been very busy since she attended ESoDoc in 2015 with her project “Mr. Gay Syria”.  To this date, the documentary film has attended over 70 international film festivals including IDFA, Sheffield Film Festival, MOMA Fortnight, Chicago Film Festival, Movies That Matter, One World and it won 14 awards. This for the outreach of her story – but what was the IMPACT of it and how did Ayse, her team  - and especially the protagonists of the film create it? Their goal was not only to empower the LGBTI refugees but to enable the change of perspectives and even more: to open the hearts and minds of us viewers.

The director Ayse Toprak and the producer of the film Ekin Calisir will give us an insight into their fascinating learning process.

Danielle is an impact producer and is one of our international experts and pitching panelists. In her eyes, it’s time to rethink the use and therefore the meaning of “Impact”.  In her keynote, she will target what Impact means for her and for her work at “THINK FILM”: “When does ‘real’ impact become ‘real’ and what do we get out of it? What barriers limit the drive for and success of impact and how can they be overcome? What are the benefits of bridging politics and society through film impact? How are you going to commit to your next impact steps?”

The formula of this morning is: a “pitching slot” is 20 minutes long. Participants will have a maximum of 7 minutes for their pitch – the rest of the time will be devoted to questions and feedback from the members of the panel and from the audience.

How to bring the documentaries to the audience

As a producer and now the new director of “German Films”, Simone knows the international market for films very well. She knows the problems of international coproductions, but also the difficulties to sell the film afterward in a very competitive surroundings where every year thousands of films are made. But how will they find their audience? Simone will give us her insight into the role of coproduction and of Festival and Distribution strategies for bringing films to the international market and especially also to Eastern Europe.

“Home after War” – How to immerse into real stories with VR

Felix has a background in journalism and in photography. With his partner Gayatri Parameswaran and their company NowHere Media, they used their shared background in documentary storytelling and created a stunning and award-winning VR installation telling the story of people in Fallujah in Irak, surviving war and extremism: “Home after War”.

In his keynote, Felix will share with us his passion for different realities across the world and for working with VR storytelling techniques.

The formula of this morning is: a “pitching slot” is 20 minutes long. Participants will have a maximum of 7 minutes for their pitch – the rest of the time will be devoted to questions and feedback from the members of the panel and from the audience.

Debate: The Future of Documentary?

Let’s talk about nothing less than the future of documentary films. Their role in media landscape is becoming more and more important, their outreach is increasing and the platforms on which they are played out are getting more and more diverse. What motivates our panellists to work with documentaries? And what are their visions, wishes and dreams for the future role of documentary films?

Caroline Mutz, Adam Gee, and Ondřej Moravec will take us into their documentary dreamland.