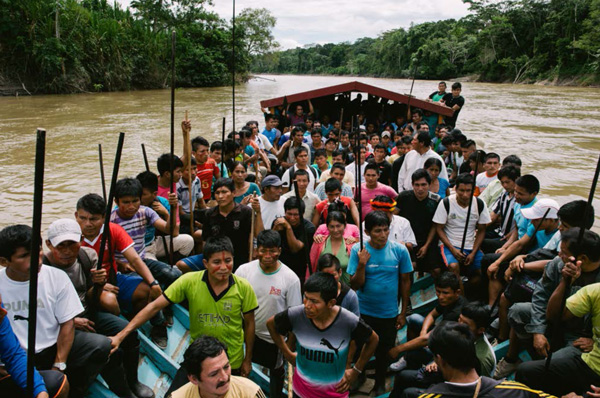 The Multimedia-Project accopanies five activists and representives of the newly founded Wampis-Nation in the northern part of Peru. The project shows their struggle and engagement for the recognition of their own state, ownership and self-governance of their territory.
The project focus on the everyday lifes of the activists and tells the history of the foundation of the indigenous nation in the peruvian amazon. With a set of audiovisual storytellingforms the project shows the struggle of the protagonists againts illegal goldmining activites, foreign corporates and deforestation. The multimediaprojekt shows where the new nation stands two years after its foundation?