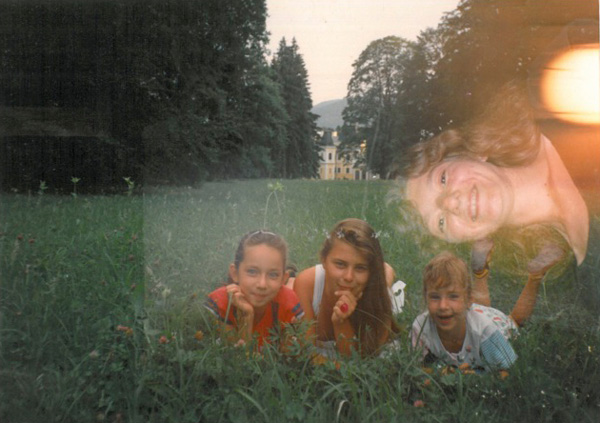 The last time I saw my sister she had a shopping bag on her feet. Her shoes were wet, she said. She had no money to buy a new one. In few weeks’ time she moved to Spain and I have never seen her again.
When I was a kid and I was asked to present my sister during the school assignments I always had to make up some stories about her life. I did not want to lie, but at the same time I did not want to let them know that my sister disappeared, later on she worked as a prostitute in Spain. I assume, that is how everything started. As a kid I started to believe that my sister has an ordinary life in a faraway country. Everything I learned and heard about Spain I built into her imaginary life. I kept repeating these childish stories for 23 years, and I have never questioned its content until now.
My sister was found, and she is imprisoned in Spain. The imaginary stories stopped repeating themselves, and my sister became unknown for me.
What happened in the last 23 years? Nobody knows, and for some inexplicable reason nobody tried to find her. What is happening now? As if nothing had happened. As if she would be still lost. The aim of the film is to find her and find out who my real sister is and what happened to her in the last 23 years?
My Father’s Daughter is a creative documentary using present day live footage, archive, 2 D animation. I wish to recreate my childhood memories about her imaginary life (using animation), meanwhile I use the classical way of storytelling, showing my research (Why none of my family members tried to find her?) and my journey to Spain, where she is imprisoned now. The two worlds (my childhood imagination versus reality) gets into confrontation and hopefully we find an answer for my question: Who my father’s daughter is and what happened to her?
Hundreds of researches show the active presence of human trafficking and prostitution from Eastern Europe flowing to the Western countries today. My sister disappeared in those days when most of the European borders were monitored. She was 19 years old that time. Still a kid. She is 42 now. Despite the fact, that none of my family members tried to find her, everyone has his/her own version about her disappearance. Which one is the true? I do not know. Growing up in an environment of constant excuses, blames and unexplored questions made her disappearance and character complex and mysterious. Therefore this film can not be just about her. It is a story about wrong decisions, taboos and unprocessed traumas of a dysfunctional family.