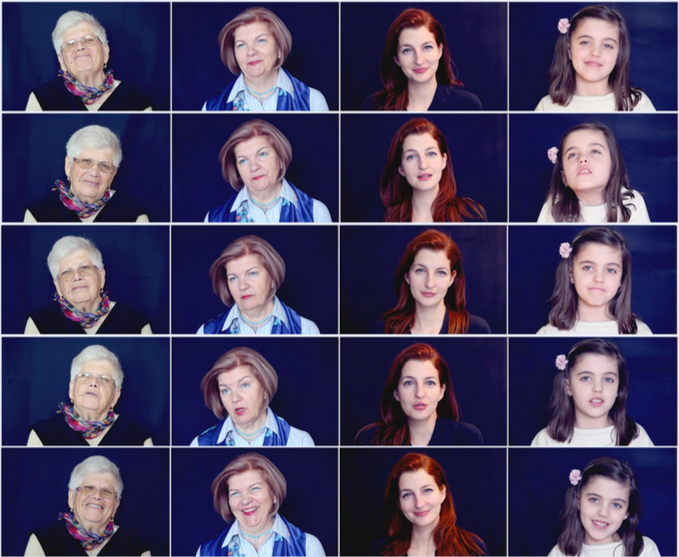 The transmedia project 4GenWomen is a collection of stories about 4 generations of women from different families around the world and operates with 4 media channels: text, photography, video-installation and web-documentary.

4 generations of women. 4 media.
One family. One century. One roof.
Many cultures.

We have the most accelerating rate of change in the society nowadays which questions all the values, actions and beliefs of older generations like never before.

Today, more than ever, the cultural transmision between generations is bidirectional and important from both sides. Our (great)grandmothers teach us how to raise a child or how to cook and we teach them how to use technology and talk on Skype with the belowed ones.

The project wants to record and observe the diversity of lifestyles in families with 4 generations of women across different cultures around the globe and give them a word to speak about being a woman, a wife and a mother nowadays, making this web-documentary an anthropological study of one century of social, economic and political changes in the lifestyle of 4 generations of women, in a full era of globalization.

In the Romanian family women are taking control, taking power and taking chances. All of them had notorious careers in administration and law until Maria, belonging to the 3rd generation, decided to give up everything and start painting. Having a financially insecure life caused some tensions in the family but nowadays she succeeded to launch her own personal company and make a living out of her talent.

The model of being greatgrandmother, grandmother, mother and daughter has changed and it is being transformed with each generation. Same happened with the film industry. The old ways of production and distribution of audio-visual works is being transformed by the technological advances and reinvented due to the migration of the public from TV/cinema halls to laptops and smartphones.