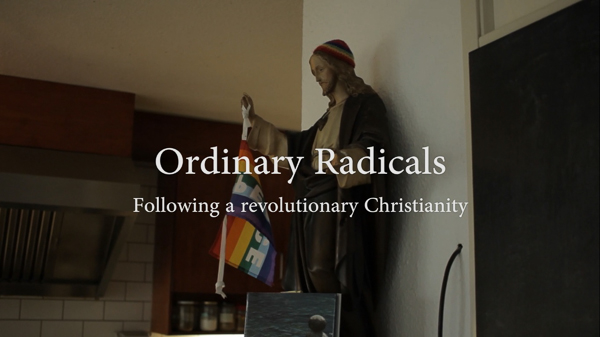 Punks, anarchists, criminals and feminists – would they be disciples of Jesus today?
The feminist nun Teresa Forcades, the non-violent resistance Cghter Jean-Baptiste Libouban, the anarchist paciCst Susan van der Hijden, the Christian punk Tobias Hadin and Ruby Montoya, a radical environmental activist: modern disciples of Jesus, representing di;erent aspects of an almost invisible part of Christianity, which fundamentally questions prevailing conditions contributing to radical change.
In a mainly observing documentary, 5 personal stories about faith are told and show how this commitment leads to a peaceful society, free from domination. Intimate observations accompany the protagonists in their spirituality, everyday life and activism. A priest in a deportation blockade, a service in front of a military base, a nun in a crowded auditorium talking about queer theology.
The Clm provides an unusual perspective on a religion that has known resistive movements for more than 2000 years.